AdWords A/B testing or split testing helps test and evaluate your campaign with an alternate set of settings. This is possible with AdWords Experiments that lets advertisers make changes without altering the existing campaign. 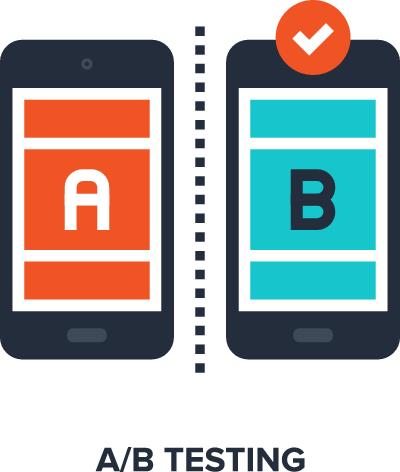 Here is a step by step guide on using Campaign Draft & Experiments in your AdWords account.

What is AdWords A/B Testing or AdWords Experiments?

After you have created your drafts by following this step-by-step guide to create up Campaign Draft & Experiments, you need to decide if you wish to apply those changes directly to your campaign (without testing) or first test it by running the draft as an experiment. 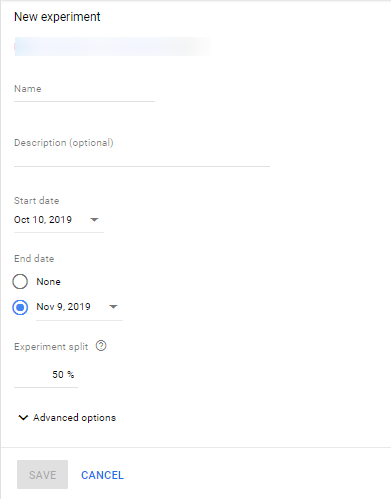 You will be able to see some statistics once your experiment starts running. You can dig deeper by tracking the performance of the experiments vis-a-vis original campaign on any metric you wish to measure.

Here is how the performance is shown on the interface. With this performance comparison you can conclude whether an experiment delivered results or not.

If you are monitoring conversions as a metric to compare your original campaign with the experiment then you can check the conversion column and see if there has been any statistical development. In the snapshot above the arrows depict whether that metric for experiments improved (up arrow) or declined (down arrow). You can use out AdWords script that generates a report with cumulative experiment stats together and shows how the experiment is performing when compared with the original campaign. 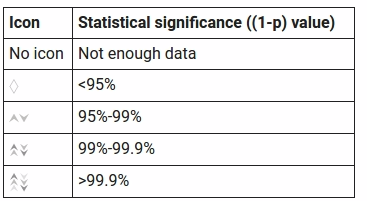 Ideally, if the metrics you are considering to determine performance, are more statistically significant in an experiment then it is likely to continue the same pattern and deliver same results when adopted in a campaign. Here are more details about how to interpret your experiments data.

The possibilities for testing are endless, but here we will unfold a couple of ideas that you can act upon:

You might want to use a different bidding strategy to test how the change impacts your campaign performance. Altering your bids is one objective that can be met with split testing. For instance, you might want to see if decreasing your bids will still drive sufficient traffic, but before using the new bid, you would want to test if that would work without disrupting the correct traction being generated. Similarly if you want to test a new bidding strategy then testing it with Experiments is a viable option. For example, you might be using Manual CPC as of now and have gathered enough conversion data that can be referred for driving more conversions, you  might be thinking of trying an automated bidding strategy

You might want to test an entire new ad copy to figure out if it connects more with your audience. Alternately you might also want to test out different CTAs in your ad messaging to analyze which would impact more. You may also want to try out a different ad format, such as Dynamic Search Ads or DKI to see how they stand against your standard text ads.

If you have two landing pages that can be linked to an ad, you might want to check which one to use. For instance, there might be a pricing page of your product and a sign up page, you would eventually want a user to reach the sign up page, but you also know that a user might be interested in viewing your pricing structure before making that decision. In such a case an A/B test of these two landing page URLs can help you ascertain which is giving you the desired results.

Adding some keywords you deem as irrelevant might lead to a drastic shift in the impressions and clicks received. Before adding a certain keyword as negative keyword you might want to check how it impacts the campaign performance. This can again be tested with A/B testing feature of AdWords.

For instance if you are planning to make your keyword targeting more specific, you might want to add broader keywords as negative ones, though they may not be completely irrelevant to your business.

With ad schedule you can set up the day and time when you wish to show your ads more often. You can adjust the bids, raising it during day(s) or hour(s) when you expect more results, and lowering the bids when the traffic is low. To test the impact of how, when your ad is displayed will impact the overall performance, you can use AdWords split testing.

Updating your bid for a certain device can impact the campaign performance. To control that you can use A/B testing to analyze how altering the bids for that device affects your business. For instance, you might want to increase the bids for mobile, to access its reach, however, you don’t have substantial data to show that mobile will drive results. This can be tested with A/B testing with definite results.

You wish to tweak your location targeting by changing the bids for some locations or excluding them from your targeting. To make this decision that can be applied to your campaign, you can test which locations are effective and the ones that are not. You could exclude the ones you find are not generating results or decrease their bids and increase the bids of the ones which are promising.

If you have been using generic terms, A/B testing can help you find which specific keywords could be used instead. You can also test the impact of long tail keywords vs. short ones. You can find which match types work for you an many such questions can be answered by using the A/B testing feature.

Again, these are some of the ideas for A/B testing. There can be several permutations and combinations that can be applied for a/b testing. We have provided a broader overview to get you started.

Note: If you have multiple experiments (A/B test) running, going to individual experiments to check the performance can become a tedious task. Our AdWords Performance tracking script simplifies the task by giving advertisers a report that puts cumulative experiment stats together and shows how the experiment is performing when compared with the original campaign.