Merkel recently released its Digital Marketing Report for Q4 2019. We have penned down some of the key findings from the report in this post.

The complete report can be downloaded here.

Search Ad Investment Growth Steady through the Final Quarter of 2019

There have been significant swings in volume growth rate for Google Shopping and text ads but Google Shopping Ads maintained revenue per click advantage over text Ads by 18%in Q 4 2019.

While Amazon’s share of Google Shopping impressions dipped during Cyber Week, Amazon was much more prominent in Google Shopping auctions in Q4 2019. Amazon had pushed spend in the run-up to Prime Day and has been more aggressive since. 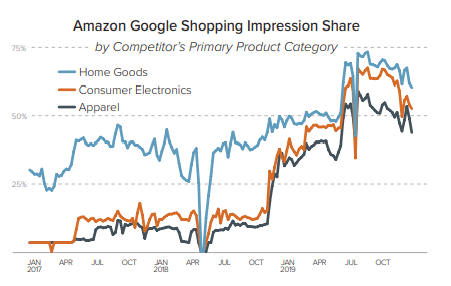 Excluding Instagram, spending growth for Facebook ads has been accelerated in Q4 2019.  Facebook impression growth has fallen 5% Y/Y,  while average CPM rose 20% in Q4 2019, up from a 7% decline in Q3. 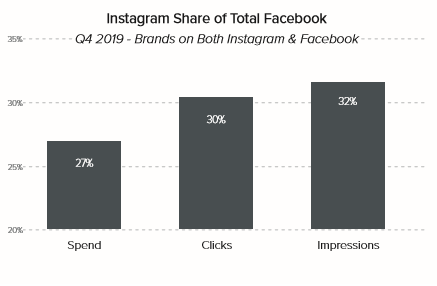 Mobile devices have played a major role across all social media platforms. Mobile devices accounted for a smaller share of Facebook spend at 89% in Q4 2019, which was up from 86% a year earlier. 96% of Mobile Facebook Spend Going to Reach Facebook App Users.

Spending growth for Amazon Sponsored Products ads accelerated to 63% Y/Y in Q4 2019, up from 35% growth in Q3. Click growth accelerated to 42% Y/Y, while CPC growth increased to 15% Y/Y which is 21% higher after a year of declines. 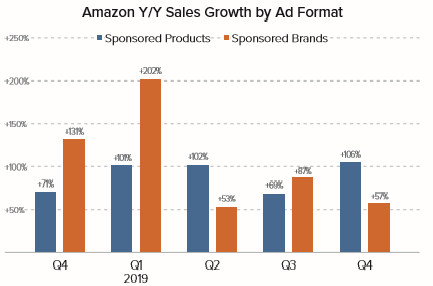 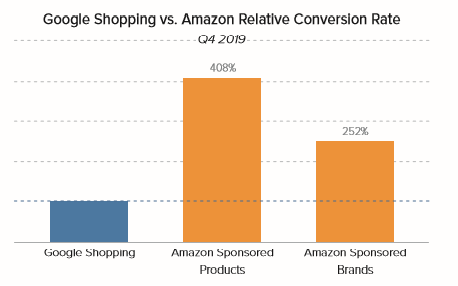 Cut down wasted ad spend in your Google Ads (AdWords) account easily with negative keyword recommendations. Save 10-20% of your budget in minutes! Free for ad accounts with monthly spend less than $10,000. Schedule a demo with sales.