Last year, Google Ads updated the Expanded Text Ads to include an additional third headline and a second description. With this change, advertisers got more room to display information. But has it also improved the performance of the ads?

Here is what changed from the previous ETA ad format to the current renewed one:

We dug into three of our accounts and pulled out data to compare the ETA performances and saw some contrasting results. 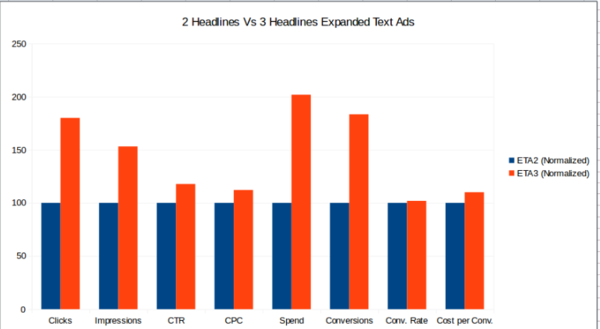 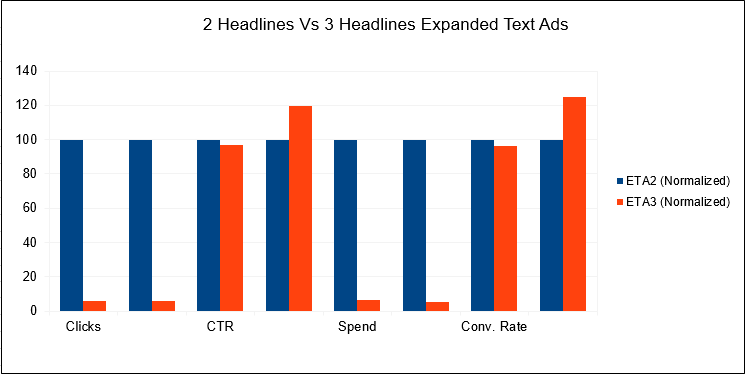 Disclaimer: This account is in the early stage of ETA rollout and only a small subset of ad groups have the 3 headline ETAs running. Hence the data for 3 headline ETAs appears  lower when compared with 2 headline ETAs (the latter having been active for quite a while now)

And it’s a mixed bag!

There is no one final conclusion that can be drawn here. Of all the three accounts that we analyzed, the Account 1’s 3 headline ETAs performed better than the remaining. However its performance cannot just be attributed to the addition of the third headline and second description.

Also, one must make a note, that it is not guaranteed that your 3rd headline and 2nd description will get displayed and there is no data to prove so. So, drawing a legitimate conclusion from this becomes all the more difficult.

Nevertheless, here are the comparison of the three accounts basis the  performance metrics:

If you are creating a new campaign or ad group, then it is advisable to launch only the 3 headline ETAs, but if you have an existing ad group with 2 headline ETAs performing well, then don’t pause them.

With our AdWords script  advertisers can download a detailed ad performance report that will help identify the winning and poor performing text ads in your account. Get this script to find how your ads have been faring.

How has the new ETAs performed for you and what is your take on the change?

Let us know in comments below.